A Thomas Conroy (same stamp design as C,B & M and Malleson's rods but for Conroy) Salmon rod built by Malleson just sold on that big auction site yesterday. Wondering if anyone got it (was also wondering what the house pic has to do with Malleson)? Here are a few of the one that just sold (Permission to share from original poster/seller) 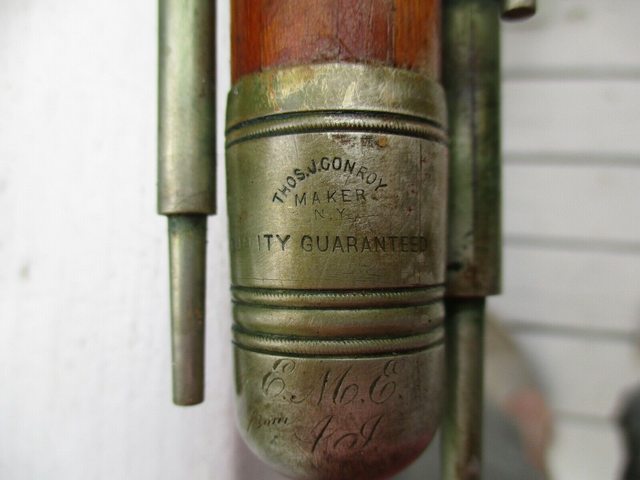 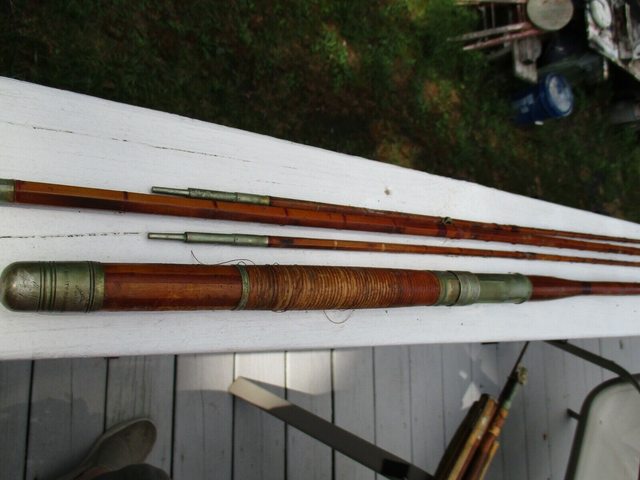 Also note the top hat ferrule plug - might these predate Thomas and Leonard's use of?? 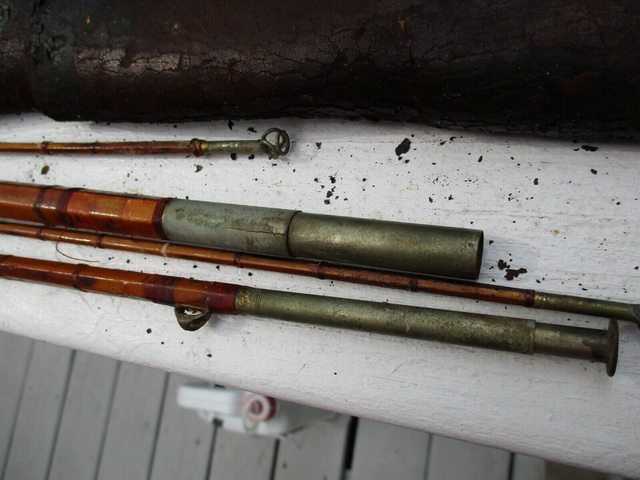 I think as Jay had indicated, he is trying to work on how to post photographs.
I am wondering why I bothered to research and post ten addresses for Malleson as you requested with no response.
Top

Charlie, I am very, very sorry if I offended you or didn't properly thank you - believe I sent you a PM thanking you for your posts. Truly sorry. Honestly thought you had the info on your various drives already - very sorry you had to search it all.

From searching the addresses provided it was interesting to see that Fred's fathers last home listed was likely a very high scale apartment building in its day from the remains of the front facade but now not so much and the others appear to have been renovated since then (1900's is crazy to think as new but it is to our date) although if the address is S. Elliott there are magnificent homes on this block and a possible indication of their wealth and social standing - Fred's Brooklyn house looks to be much nicer than his last known address which I guess makes sense if he was separated as it was a basic apartment building - As mentioned before I was especially hoping to find out the address he and his wife were living at when he was in Highland Falls, NY and running the C,B&M factory as i am confident that I have found the location of the original factory (I think was previously to C,B&M the Conroy factory) noted in the article I posted earlier in the thread. I have also located an EXTREMELY interesting property (gorgeous three story victorian) across the street and just down the road from where I again believe the factory once was (found foundation and stream, works, etc) and from overhead images one can see that from the foliage growth (looks like growth along stone walls on both sides of pathway) there was once a road or driveway that went basically directly between the two. Covid has me slowed down but hoping to get some more info from Woodbury Historical Society and eventually share some pic's but would like to try and find his Woodbury home first.... From google maps it does appear that the house Fred grew up in or at least listed when he was about 7 on Duffield is amazingly still there if addresses haven't changed - will try and get a pic of that too... What is interesting to note though is that the area he grew up and lived in is now downtown Brooklyn and although relatively within a few blocks of the Malleson and other factories of the time on 1st St (now Kent Ave) all much nicer addresses.

Again my apologies for not previously replying and to note, I will be sure to refrain from such inquires in the future as again didn't mean to make you do extensive research.
Top

I picked up the wooden Malleson Jeff referred to earlier.
I still need to remove the butt cap from the Conroy to confirm Jeff's thoughts on the rails.
Previously known as bamboocollector11
Top

Hi Guys, I'm hopeful my son can fix my 'file' problem this weekend so I can use Post Image. Meantime here is the original post by WhiteAdder with pictures:

Email your photos to me and I'll put them up today.

Hi Guys, I'm up to my ears in a music thingy, so I want to put off my comments for a bit. I'll add them later as an edit on this post. Quite a few people really helped me on this.

Edit: Ok, here I go. First I'll name drop the help I had. Andy Crisp gave me the rod in exchange for keeping him up via email/photos with my progress.
Jeff Hatton gave advice and direction and pictures of his CB&M. Bruce Handley gave advice and gave and sold me rods/parts so I could stay as original as I could. Fishbum gave me advice and pointed me in the direction of Wolfram Shott who sent lots of pictures of his CB&M. That was a great help. Ron Gast gave me permission to post a CB&M catalog, which I did, but I will do again. Thanks to everyone. Here's the catalog:

- First is male ferrules with the original on top and shop made on the bottom and the reel seat with a wannabe Brooklyn reel, no doubt a Montague.
- Second is the grip which was loose and had to be reglued. I made a butt section for a rod Bruce Handley had given me and made a rattan grip so I'd have some experience before tackling the real thing. It's good I did that. The wrap above the grip is the only original wrap left.
- Third is the reel seat showing the $5.00 optional 'plate.'
- Fourth is the 'Quality Guaranteed' butt cap.
- Fifth is the set of ferrules I made for the tip I made. I used the taper from a 14/64's, 9 1/2' EC POwell rod I have. I think the CB&M rod was a 11' rod, but perhaps a 10' or 12' lighter weight rod at 6 1/2 to 10 oz. The rod is 10' 3".
- Sixth is the shop made male on top and the original male on the bottom.
- The original female butt ferrule was stuck on backwards and needed a lot of fussy work, but it works. I put a welt on both females as I really don't like weltless ferrules. The original ferrules after fixing work fine. I told Jeff Hatton I had done that, but that I wondered if I should have. Jeff said, " Leave it." There it is or isn't 'cause I forgot to post a picture. I used hanging ring guides I got from sections I got from Bruce Handley. I was almost done wrapping and I noticed ghosts that suggested double standing soldered ring guides...... I wasn't sure, and it was too late. I put an older red agate stripper on 'cause it looks nice and I was running out of hanging guides.
- I had very little cane work to do. They built a mighty fine rod to have held up this long and to the obvious abuse! I haven't cast or fished it, but I will. I have other pictures.

Malleson is a particularly convoluted and frustrating maker to unravel there are at least 4 styles I've seen so far and I'm sure there will be more. I believe he used a few Chubb components here and there and if he had years of 100,000 rods sold,as was suggested in the Brooklyn Eagle article, we should be finding more of them but I've noticed not all of his rods are marked. The only thing I know so far datewise is that he tried the Bailey seat in the mid 1880's. Now I have to attach dates to each of the styles which is kind of where I am at the moment.
The assumption, at least on my part, has been that Malleson made all Conroy rods. I've begun doubting that for a couple of reasons, the first being that I think Malleson was too young to have made the earliest Conroys. I'll have to go through Mary Kelly's book to sort out the Conroy companies and then look at Malleson rods for whatever trends and/or Chubb component applications there may have been.
I don't think any external forming per se was used on seat components. The seat bodies with formed rails were likely done by the use of a 2-piece die set, the first being a tube with grooves on the ID and the second a die with rails on the OD that matched those grooves and would force the metal up into them. Sometimes I find it difficult to describe what are simple concepts because I'm not a tool & die guy. Chubb's patent uses the verb to strike but I think the rail forming action is actually pressing from underneath rather than striking.
Maybe some tool & die guy can confirm for me whether or not sheet metal can be drawn through dies so that there are 90 degree angles anywhere. I'm under the impression that you can't. Yes? No? That's sort of at the bottom of this formed-or-soldered rail issue.
Tangentially related to the rail formation discussion is the manner in which reel foot pockets were made for a long time. Typically, the maker cut out a circle of sheet stock and then cut that in half. Each half was bent into shape and soldered into place to form the pocket for a reel foot. I can't say when, and no patent was applied for, but Charles Wheeler claimed to have been the first to form pockets with a swaging die, eliminating the cutting, forming, and soldering. In an interview he stated that others copied the idea (maybe Chubb?) and Charles never applied for a patent because he "didn't know it was loaded", clearly a metaphor from the gunmaking side of his brain.
Top
Post Reply
52 posts

Return to “Information About Makers and Manufacturers”