Just another day at the Pool

Use this forum to show off your talents, like photos, drawings, paintings, woodworking, rod making or any other artistic bent you have. Enjoy

Just another day at the Pool

Some years back, Cathie and I purchased, at auction, a lot of perhaps 13 or 14 diaries kept by Upper Dam guide Chester Swett. We bid on behalf of Rangeley Historical and sent them to the late Don Palmer for reimbursement. He allowed me a month to read them first and we found them pretty amazing, even though he never talked about tackle. He made references to which guides he worked with and Wallace Stevens was a regular partner in some seasons. Later auctions gave me the opportunity to buy other paper from the Swett estate, including dozens of photographs going back to about the turn of the last century.
It's been over ten years since I read the diaries but I recall one day that he and Wallace took their clients to fish the Upper Dam Pool, and they did well using streamers that Wallace brought along. The photo shows (left-right) Wallace Stevens, Chester Swett, the manager of the Upper Dam House(whose name I really ought to write down some day), and Judge Welles, who was a regular customer of Carrie's and is found in the Stevens bio. I can identify some fish as brook trout but there may well have been a landlock or two in the bunch. The rock was/is near the Upper Dam House and the photo at one time was used for publicity. I can't tell you when but it may have been late Twenties/early Thirties. I cannot make out the patterns but a guess would make those all Carrie's flies. Showing off fish was very common. Showing off successful flies, not so much. 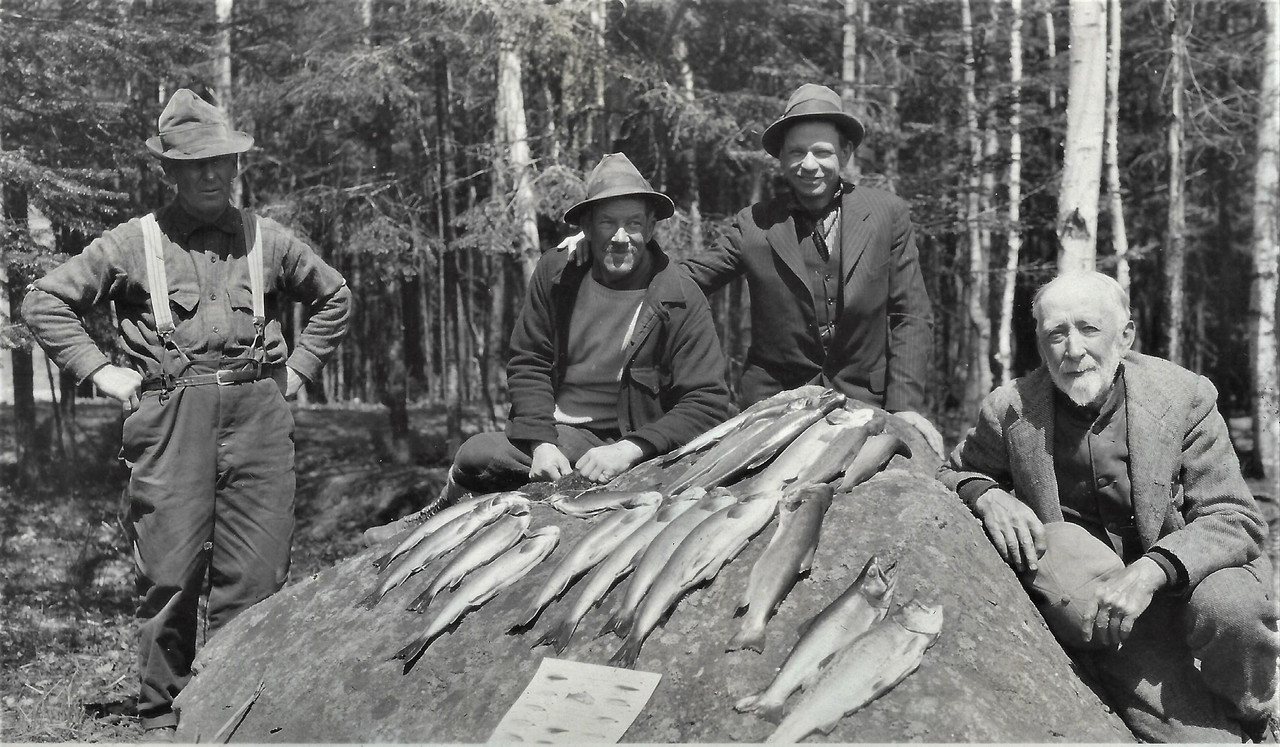 Re: Just another day at the Pool

Those are old fish - putting a printed or drawn page of flies on the rock, advertising genius.....
Top

Re: Just another day at the Pool

A great photo and story, Jeff. Thanks for sharing.