The purpose of this board is to discuss, ask questions about, and give answers concerning fly reels, their makers and their history.

Late to post buthave couple of pic,s to add. 3 young perfects 2-3 1/2 inch and one 4 inch salmon. The agate on shiney one was added to stop previous owner from wearing right through frame,he came close. Agate is in lower than normal postion

Second pic is of 3 inch Farlow

Had to show drag as well . I have another older young but having trouble getting it on an album,deleted about 20 pic,s but yuku say,s i till have no room Daryl

The one in the center is a Dingley

Plus a couple of clones, a Thompson 100 and a Winston Perfect

teter ... your bevy of Hardy Perfects, in conjunction with the occasional and preceding Hardy Perfect, has finally reconciled this thread to its title ... as Mike's likes to say:

PS: please re-read my header ...
There are two ways to get enough. One is to continue to accumulate more and more. The other is to desire less.
~ Chesterton
Top

Oops. Guess I got carried away.

it's to
bad , you know i have never seen a older farlow with lots of finish on it yet

Hi Rich, does this one qualify?

yep , thats a good one for sure , whats she got for a check inside , wishbone
Come book a fishing trip with me on Canada's best trout river , the world famous Bow River , also other fine mountain rivers , I collect old Hardys , Dingleys, Youngs , also buy sell & trade
Top No real explaination necessary on this forum
Top

10 year old thread - almost to the day.
I needed to see some larger sizes... bump.
" There's no such thing as a fly fisherman wholly satisfied with his casting performance. " ~ Jim Green (circa 1971)
" Just once I wish a trout would wink at me. " ~ Brian Shaffer

// Ok not that old, from 2002, but nice I think and as you wished in a bigger size. 250 made in each size( 125 left hand wind and 125 in Right Hand Wind ).The Wide Spool Salmon Perfects are all made with an individual number and the Hardy Reel makers initials stamped inside. HGH stands for Hardy reel maker HG Handyside. The reels were made to celebrate the 90 years anniversery of the Hardy 1912 check. Enjoy ! Ps: These reels are not replicas except for the use of the 1912 check. In use on Hardy Perfects between 1912 and 1917/18. 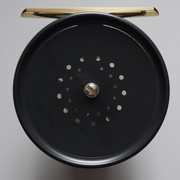 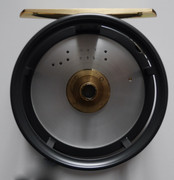 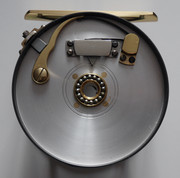