Can anyone tell me what the ferrule size is on the Leonard model 65L is. 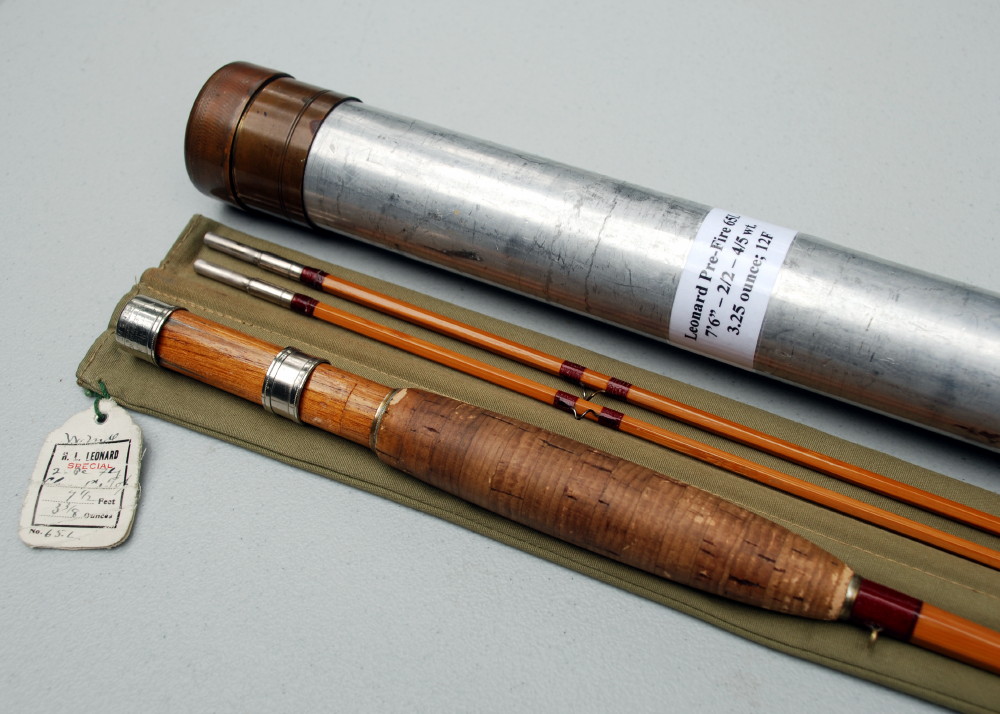 There you have it! Thanks Lee.
Top

Lee, have you every tried a 3 wt. on your rod
Top

Never did. I liked it best with a DT4, but also used a Sylk WF5.
Top

Obviously, this is a very soft rod, still, I prefer a WF 4 - although I’ve only got a couple of lines to choose from. There’s probably a 3 out there that some would like…. I use Hook and Hackle lines - if that tells you anything. (I’ve read some people say that HnH lines are a bit lighter than say a Cortland 444, but I’ve never done an intentional comparison.) And too, I prefer slower, deeper bending rods. Even so, it wouldn’t occur to me to even try a 5 line.

When I bought it, the dealer warned that it’s a specialty rod and not meant for any kind of wind, which was fine, because I was looking for a soft, small stream rod. It’s actually more versatile than advertised - although a 2 pounder in a current is a fun problem. I guess a lot of people would consider this a wet-fly rod, but it’s nice with dries up to a Catskill style #12; or a dry with a small, bead-head dropper. Ya just need a slow stroke (and no wind

I hope there’s something here that helps.

One&Duns, what's the stamping on the butt cap of your 65L?

Bob check your in box you have mail